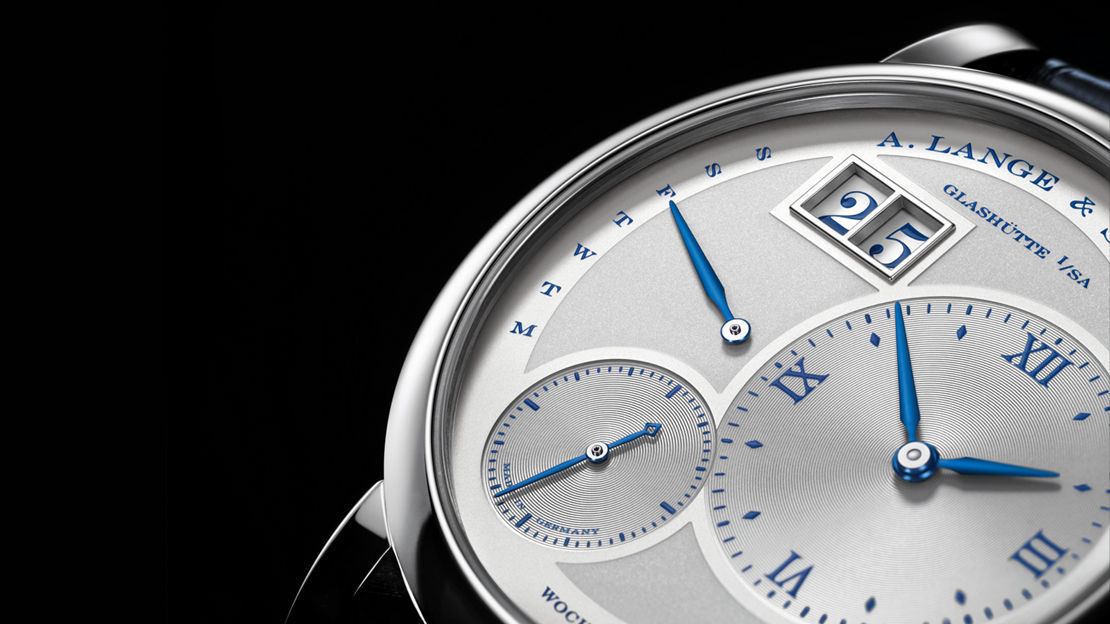 EIGHT pieces out, only two to go.

As A. Lange & Söhne celebrates the 25th year since it rebooted operations on October 24, 1994, the watchmaker is honoring the Lange 1, which has turned out to be its most definitive piece in the last quarter-century. To do this the brand is presenting this year a new “25th Anniversary” Lange 1 model every month, lasting until October.

The last special model is set to come on October 24, with the watch’s signature oversized date display to read “25.” The touch is a nod to the date readout set on all A. Lange & Söhne watches presented during the brand’s 1994 re-launch. The reason behind this is that company executives wanted the watches to reflect the present date when news photos about the launch event appear in the next day’s papers.

Emerging as the eighth release in the commemorative run is the Lange 1 Daymatic — basically the self-winding Lange 1.

The original Lange 1 Daymatic came out in 2010. At first glance one could easily mistake it for a Lange 1; its dial furniture and layout are identical. Still, one could also tell something is different in the Daymatic. And, most likely, the difference would only become noticeable when the Lange 1 and its automatic sibling are placed side by side. Simply, the two are mirror images of one another.

“Mirror,” in the Daymatic’s case, means the Lange 1’s signature asymmetrical dial layout shifts orientation from left to right. The bigger subdial, indicating the hours and minutes, moved to the right, while the small second register and the outsized date transferred to the left. Meanwhile, the power reserve indicator, which in the Lange 1 sits next to the crown, is now gone. Taking its place on the Lange 1 Daymatic’s dial — and it’s a feature one would not readily identify as new — is a retrograde day-of-week display.

Now, why did A. Lange & Söhne replace what is considered as a standard feature on a Lange 1? Well, the watchmaker believes that in a self-winding watch, the weekday indication is a more relevant piece of information rather than how much power is left in the watch. Cleverly, then, the Lange 1’s aesthetics remain unmolested even with the change in the watch’s features. The brand gives a thought to what it does.

The self-winding ticker beneath this dial is the in-house cal. L021.1. It oscillates at 21,600vph and can store power good for 50 hours. It is also every bit as beautiful and as lushly decorated as most A. Lange & Söhne handwound movements. Its ornate, richly engraved gold central rotor with a platinum centrifugal mass matches the Glashutte ribbing, perlage and other finishing techniques on the bridges and plates. Sixty-seven of its 426 parts are jewels, seven are gold chatons. It has a proprietary index-less balance spring adjusted via six cams on the balance rim.

Like in the “25th Anniversary” manual tickers, the balance cock of the cal. L021.1 is adorned by a hand-engraved, blue-filled floral pattern that includes a “25”— the font used for which mimics the brand-signature outsized date display.

Also staying faithful to the “25th Anniversary” theme is the Lange 1 Daymatic’s silver-and-blue color palette. On top of the watch’s argente-colored recessed dial are thermally blued steel hands. Picking up on these are blue inscriptions, including the numerals for the outsized date display and the A. Lange & Söhne logo. A blue leather strap complements the 39.5-millimeter white-gold case which is covered by sapphire crystal glass top and back. As milestone pieces go, the Lange 1 Daymatic is the automatic choice.