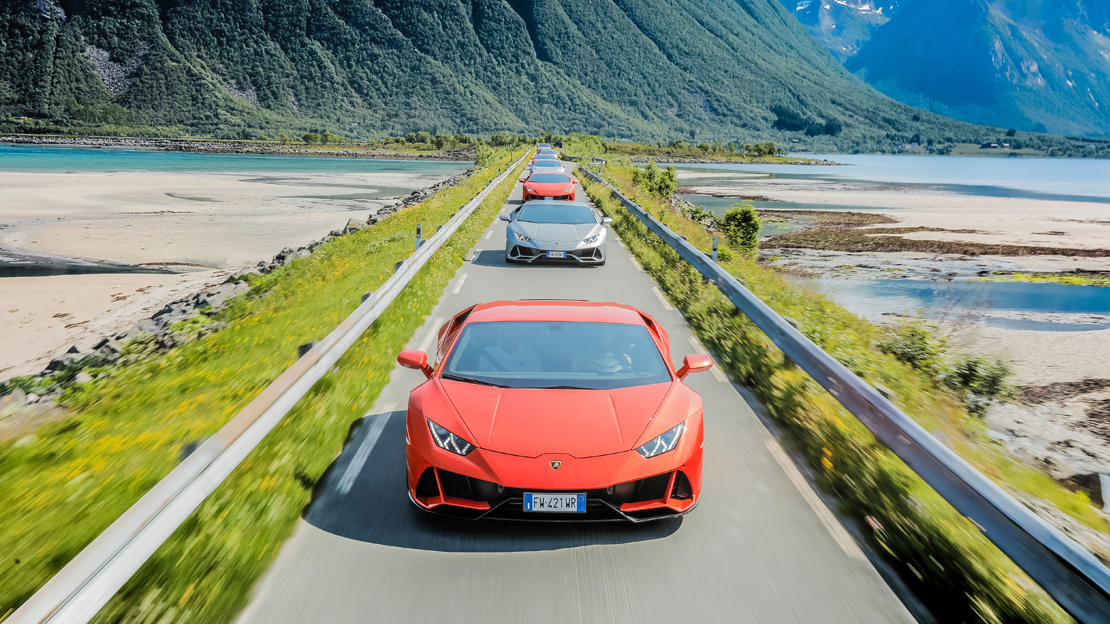 AFTER traveling through arresting Andalusia in southern Spain, transcendent Transylvania in Romania, the fascinating fjords of Norway, and then idyllic Iceland, the Lamborghini Avventura now returns to Norway as it takes on the lucent landscape of the Lofoten Islands.

The Avventura in the past four years has involved this series of expeditions in which Lamborghinis can be driven over some of the most spectacular, off-the-beaten-path roads on the planet. Think of these as high-octane Nat Geo episodes.

In the Avventura’s newest installment, seven Lamborghini Huracan Evo supercars tore across the Lofoten archipelago high above the Arctic Circle. The islands, stitched by roads “floating” above water, are marked by scenic bridges, cliffs and mountains — these are some of the oldest rock formations in Europe. The place is nearly untouched, sculpted by nature rather than Caterpillars, with a landscape that alternates between icy heights and icy coastal plains. The tunnels cutting through the route only acted as loudspeaker baffles to the Huracan Evos’ soundtrack.

The herd of Huracans set off on its avventura from Harstad, a town connecting Norway to the archipelago, toward Henningsvar, a fishing village built on a group of small islands at the foot of a cliff hanging above the sea. Yes, it’s as precarious as it sounds, but the place is as picturesque — a world that almost touches the sea.

From there, the septet of Lamborghinis continued south, traversing local scenery studded with pyramid-shaped wooden racks used by locals to dry cod from February to June. The trip’s first day ended in Nusfjord, one of the oldest and best-preserved fishing villages in Norway, known for its rorbus, the historic red dwellings built over the water where fishermen used to spend their time when they were not out to sea in their boats. Chances are, aquavit figured in these rorbus breaks.

The next day the Avventura turned toward the north, stopping in Ramberg on the island of Flakstadoya. Ramberg, almost surreally, actually has a white-sand beach and crystalline waters. If a palm tree could be made to droop over its waters, and if Norway can get sunshine that is even vaguely golden, the place could pass for as some tropical island.

Tracing winding coastal roads, the Huracan Evos traveled to Svolvar, known as the oldest town in the Arctic. It’s a bustling one, too, with 4,700 residents. Which is nearly 500 more than the horsepower produced by all seven Huracan Evos.

From Svolvar, the 630-kilometer Avventura looped back toward Harstad. But not before taking in the sights of the midnight sun from the summit of Mount Keipen. The Lamborghini Avventura really has a lot to live up to now.