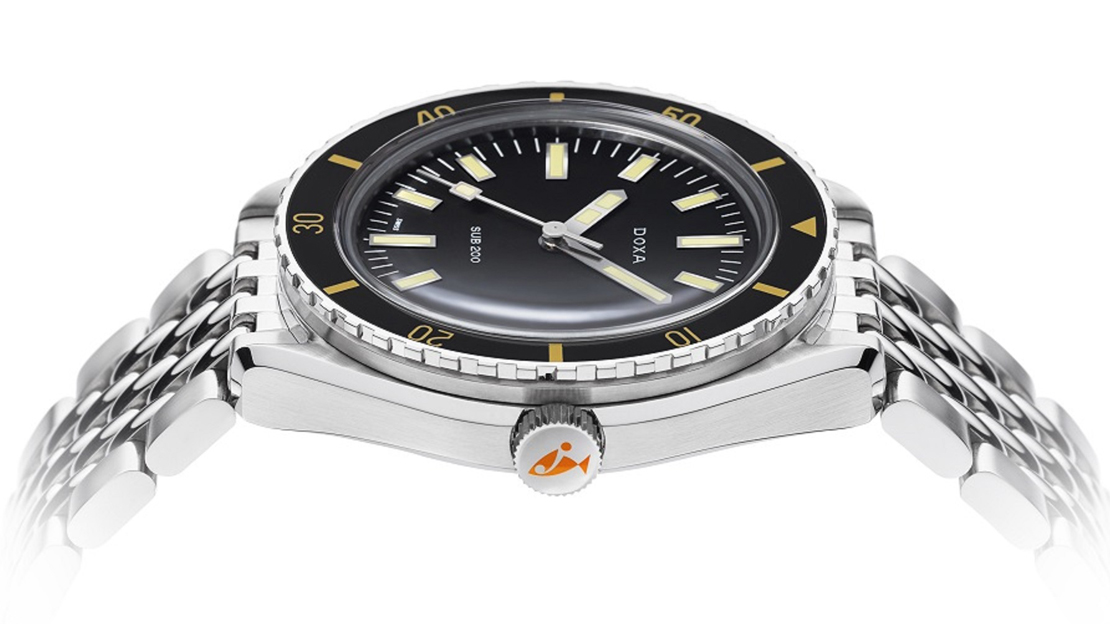 TO MARK its 130th anniversary this year, Doxa at the 2019 Baselworld trotted out two special Sub 200 models — a stunning 18-karat gold version of the Sub 200 T.Graph that’s limited to only 13 pieces (representing the brand’s 13 decades of existence) and the reissue anniversary version that came in only 130 examples. This reissue piece, inspired by the Sub 200 of 1967, was intended to herald the release at the end of the year a new collection from the brand.

It’s the production run of this three-hand Sub 200 reissue (identical to the anniversary piece aside from it losing its orange accents) which Doxa submitted to the Grand Prix d’Horlogerie de Geneve (GPHG). Now on its 19th edition. the watchmaking industry’s “Oscars” — because it awards the best and most creative crop for a particular year — has included the Sub 200 as among the 84 watches from which the short list of nominees for the awards will be chosen. The selection will be determined by a panel of experts, collectors and journalists.

The Sub 200 has landed in the GPHG’s “Challenge” category, one of the 16 or so categories in this year’s edition of the awards. The Challenge category, meant for timepieces priced less than CHF4,000, in this edition now also accepts smartwatches.

The Sub 200 remains faithful to the original via a domed glass cover (the new one opts for sapphire crystal rather than plexi-glass) and a unidirectional bezel marked by the retro-looking light old radium on its gradations. The watch’s baton hands and applied indices also receive dabs of this beige material, as well as SuperLuminova coating.

Water-resistant to 200 meters, the new Sub 200 is housed in a 42-millimeter steel case. Securing it to the wrist is a rice-bead mesh bracelet with a diving extension folding clasp. Ticking beneath its surface is the venerable cal. ETA 2824-2, a 25-jewel self-winding workhorse of a movement that spins at 28,800vph and stores power that should be good for around 38 hours.

As part of the selection process, the Sub 200 goes on the GPHG World Tour. The first stop for the watches is Australia, which Doxa is actually targeting as one of its key growth markets. From Australia, the tour moves to parts of Asia, Latin America and Europe.

The winning pieces will be named on November 7 during the 19th GPHG Awards Ceremony at the Theatre du Leman in Geneva.

Bvlgari Brings Out The Pop (Up) Corn