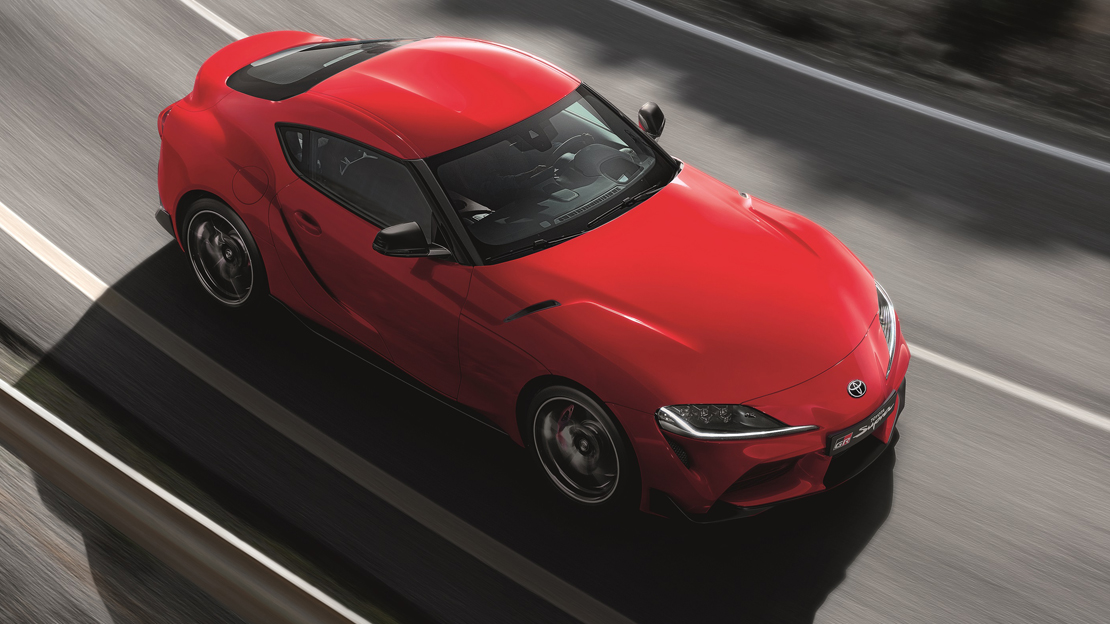 IN January Toyota finally took the covers off the fifth-generation Supra. All right, the car was barely covered in the first place; Toyota has been hyping it for years.

And, yes, years. Because grumblings about a new Supra surfaced as early as 2013 when Calty Design Research, Inc., the carmaker’s design center in California, showed off the FT-1 concept. When the production Supra was announced, Toyota said it did take around six years to develop the car.

During the Supra’s global debut at the Detroit auto show early this year — where the FT-1 concept was also unveiled, in 2014 — Toyota Motor president Akio Toyoda said there were really no plans to make a new Supra, even if he “secretly wanted to make it happen.”

“[And] so did a small group of our designers at Calty, it turns out. A few years ago … they showed me a concept they called the FT-1 … and as if I needed any more persuading … they managed to get their prototype put into the Gran Turismo video game.

“[F]or me it was Game Over. At that moment … I knew my old friend was coming home,” Toyoda said, referring to the Supra, which clearly holds a special spot in his mind’s garage.

Seeing a Supra for the first time as it sits on a ballroom floor during a gig celebrating its arrival in the Philippines summons images of the FT-1 — the link between the two is instantly recognizable as unbroken. True, there were changes from concept to production — as the case always is — but the basic form, the silhouette and, most important, the design intention remain the same in the progression from FT-1 to Supra. Like Toyoda, the Calty guys should really be patting themselves on the back.

Driven by design
When the concept car was first shown Toyota was not shy at all in declaring that the FT-1 points the design direction its sports car will take in future. But, while looking forward, Toyota said the car also looks to the past for inspiration, specifically to its seminal 2000GT coupe of 1967.
So what the FT-1 (and, ultimately, the fifth-gen Supra) inherits from this inspiration is the classical long hood/short deck template of sports cars. It is a shape that is largely dictated by the use of an inline-six engine, something the 2000GT had, and on which all previous four generations of the Supra relied. That the latest Supra ended up as a fraternal twin to the BMW Z4 — BMW is known for making some of the planet’s best inline-sixes — is serendipitous, then.

Besides its silhouette, what the FT-1 also took from the 2000GT is the car’s wraparound windshield, if not the pinched greenhouse itself. In the Supra a blacked-out A-pillar evokes the 2000GT’s windshield even as it conforms to modern-day crash-protection regulations. The FT-1’s and Supra’s prominent bulge over the rear wheels, which gently forms a vertical space going rearward as the base of the rear glass tapers, is also a design feature lifted off the 1960s classic. But Calty designers chose to take the FT-1’s front end in a direction different from the 2000GT’s. The FT-1 was given an overtly formula car-themed snout, a touch Toyota had toyed around with in a Celica concept at the turn of the century. The FT-1’s huge apertures and spoiler suggested the elaborate front wings of a formula car. Its power bulge on the hood morphed into a formula car’s nose cone. All pretty juvenile stuff, frankly. But, then, this is the purpose of a concept study.

This approach was tempered in the new Supra — but only just so. And, unfortunately, the vertical side strakes at the outer edge of the car’s headlamps are purely decorative. Actually, there are more of these on the bodywork. Thankfully, they sort of fuse into the complex surface contouring and actually serve as highlights on spots needing some definition, rather than being outright eyesores.

Toyota admitted it has always arrived at its design decisions by first running concepts through “a large group of stakeholders,” whereby a consensus needs to be reached. Not so with the FT-1. Toyota said the approach it took in designing this concept — a clear departure from tradition — aims to “produce cars that connect more deeply with customers, generating a more satisfying ownership experience that complements Toyota’s legendary reputation for quality, dependability and reliability.”

What the FT-1 then, and the subsequent Supra which came out of the effort, is an idea as much as it is a car. If anything, it is proof that design by committee leads to nowhere.

Well, unless that committee happens to go by the name of Calty.