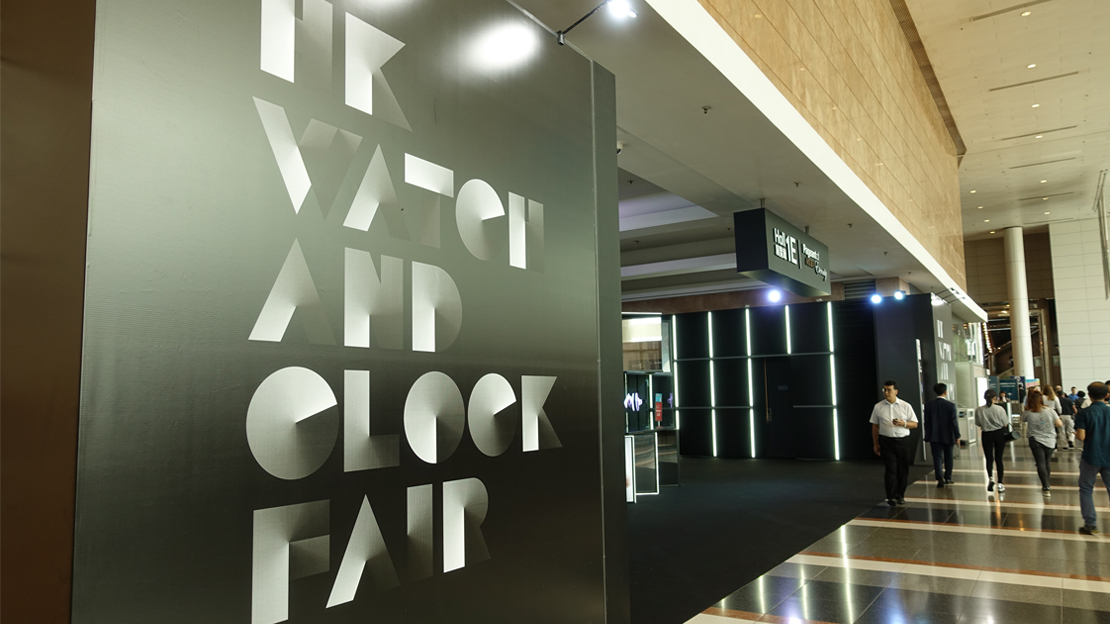 NO less than 832 exhibitors have set up shop at the Hong Kong Convention and Exhibition Center for the 38th edition of the Hong Kong Watch and Clock Fair, which opened displays for the horologic industry on September 3 and which will let in all other visitors on September 7.

Spread across exhibit halls are produce made by Swiss and German powerhouses, indies, micro-brands and plenty of Asian companies. In this place, one can check out a Breguet Tradition 7067, a one-off Sinclair-Harding clock from an AHCI member, Miyota movements, a dizzying array of wearables and a piece of equipment that serves as the holder of a pendulum. No, not something that holds a pendulum clock, but an actual component that secures the pendulum mechanism in place. Need boxes in which to house a $30 watch? Not a few exhibitors offer these. This fair’s got everything.

Little wonder the event is expected to draw 80 buying missions coming from 58 countries, representing nearly 4,400 buyers from over 3,400 companies. In 2018 “buyer attendance” number was placed at 21,234, according to organizers Hong Kong Trade Development Council, Hong Kong Watch Manufacturers Association and The Federation of Hong Kong Watch Trades and Industries. This event, really, is a “one-stop sourcing platform for global buyers.”

Incidentally, the value of exports from Hong Kong in the first six months of the year alone amounted to $4.7 billion while imports reached $4.8 billion (remember, though, that what Hong Kong imports it also sells to other countries — these are not counted as exports).

Statistics aside, the star of the show are obviously the timepieces. And from the vast variety of displays, here are a few from brands not many may have heard of:

Murano
The décor on the dials of the Murano Millefiori are not painted or printed. The designs are created from actual glass, molten over a bigger piece of glass — yes, the dials are made of glass. And not just any glass. As the brand name says, this is genuine hand-blown Murano glass made by genuine artisans in, well, Murano, Italy. Small pieces of glass, some multi-colored, are polished until these become thin enough to serve as watch dials. Each is made by hand, so no two dials will look exactly the same. Powering Murano watches, which are sized 36 millimeters or 40 millimeters, are either Swiss Ronda or ETA movements.

Masera Design
The brand’s Atto Verticale line can come in both round or rectangle cases (some are fashioned from titanium), have slip-through straps and have no dials to speak of. Their crowns are placed at 12 o’clock because these wind vertically stacked handwound movements made in China. Sapphire crystal covers the watches on top and on the back. They have SuperLuminova-coated hour and second hands. Definitely not bad for sub-$400 prices.

KaHa
KaHa bills this watch as the “world’s slimmest smart analog watch.” Made together with Seiko Instruments and Sutec, it pairs the usual smartwatch menu of step- and calorie-counter, heart rate monitor, sleep tracker and others with traditional wristwatch design — not even fashion watch design. The dial, actually translucent, shows bits of the Seiko Instruments gearing and Cove module beneath it. This watch makes its debut at the show on September 7.

Fiyta
This China brand actually dabbles in gem setting; its Klover Collection leans toward this by way of ornate four-leaf clover designs. Pitched as an all-occasion piece for the ladies, most of the watches in this line get self-winding mechanical movements, sapphire glass covers and genuine leather straps.

Raketa
All right, Raketa is actually somewhat familiar. It is, of course, an old Russian brand — as in really old. Like from the time of Peter the Great in the early 1700s. In the mid to late 20th century the brand went to space with cosmonauts. The collapse of the Soviet Republic disrupted its business, but it has returned to some markets. Raketa is in the Hong Kong watch fair now because it is scouting for distributors in this part of the world.

Memorigin
Hong Kong brand Memorigin embraces haute horlogerie, exclusively making tourbillons. Its Starry series include watches with distinct European flavor. Not only are these fitted with flying tourbillons but also a GMT function, as well as hand-finishing flourishes.