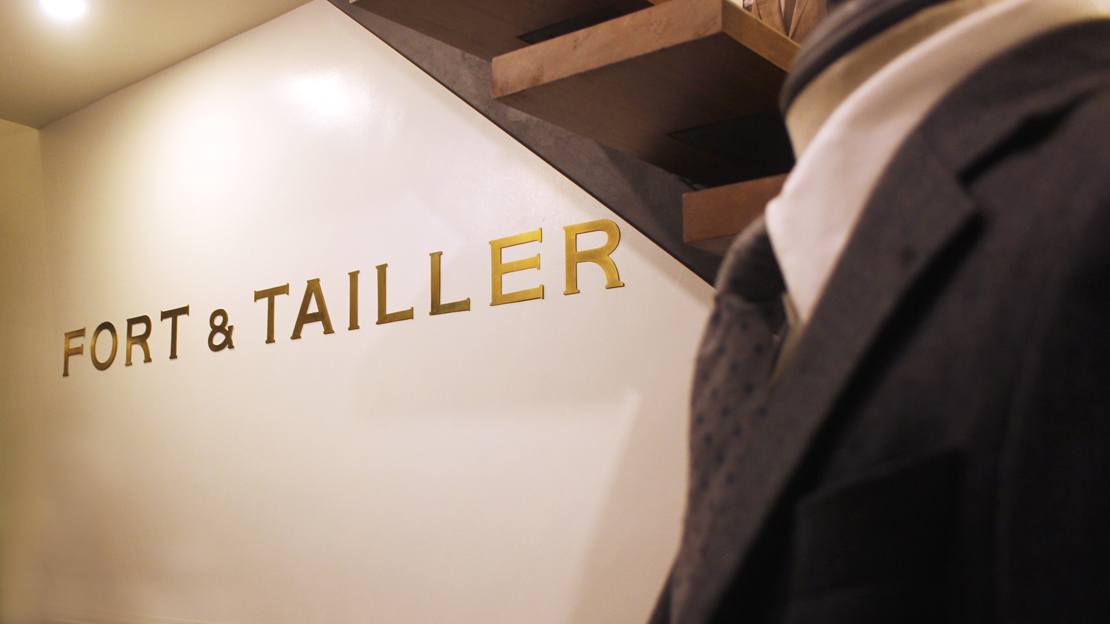 IT is the lucky man who can fit in off-the-rack shirts. But it is the man who opts for custom shirts that holds the advantage; the clothes fit him, not the other way around.

True, store-bought shirts come in a variety of sizes. And the finer ones do have better cuts and can even have some exquisite details. But the trouble lies in the fact that body proportions and measurements just can’t be lumped under small, medium and large (or even more specific sizes). Necks can be thicker or thinner than average. Arms can be longer or shorter than normal (not to mention most people’s arms aren’t the same length at all). And because the better shirts usually come from makers abroad, the native physique may not correspond in some ways to pre-cut sizes. Then there’s this matter of fabric selection, which adds another complication to the entire thing.

A custom shirt solves these. And in this era when consumers are rediscovering the appeal of bespoke, one upstart men’s clothing store in Makati is offering a range of personalized haberdashery services on a genuinely compelling level. The shop is called Fort & Tailler.

Ensconced in the lobby of a new luxury residence complex, Fort & Tailler’s storefront alone — its glass windows are dominated by a doorway imposing for the narrow space, but which strikes a balance between airiness and privacy — declares its services to be personalized, its produce unpretentious. The two-story shop isn’t big; cozy describes it. There’s a hint of some scent in the air, but definitely not Lush level. One wall on the ground floor is lined with suits and shirts in various states of construction, plus swatches, accessories and a few pieces of décor. The upper floor — a loft, actually — fits a small bar mostly filled with whisky, a sitting room and the fitting room. So in this shop, chatting up with a Fort & Tailler personnel becomes natural and easygoing. Friendly, even.

Having a shirt made (or a suit or any other piece of wardrobe) at Fort & Tailler proves just as pleasant. Usually, it’s Rico Ona, the shop’s vice-president for sales, who’s around to assist and address inquiries. On the day we dropped by to have a set of shirts made, founder and CEO Paris Maranan was also there to walk us through the process.

This starts, of course, with a chat regarding Fort and Tailler — Maranan shares the name comes from “forte” and “taille” (“cut” in French), alluding to strength and precision — and how or where one intends to wear the shirts. Albums of fabric swatches are then spread out on the table in the sitting room. Each of the fabric sample is explained regarding its quality and purpose, possible fit and construction. Upon choosing a fabric type (and color and pattern), next comes sifting through the various cuts a shirt collar and cuffs are available in.

There are several, of course, and the selections are arranged according to how casual or formal a shirt is intended to be. Which certainly also depends on the type of fabric picked. And would the gentleman care for a pocket perhaps?

All this settled, the meticulous process of fitting begins. Maranan takes the measurements (at least, he did so in our case) for the shirt’s collar, yoke, placket, armholes, sleeves and other spots as these correspond to one’s body. Details are worked out along the way as preference for length, yoke type or buttonholes (and buttons) are determined. Again, with this exercise, the quirks of one’s body are taken into account, such as accommodating for unequal arm lengths. Actually, the process is so detailed that the cuff for the wrist which usually wears a watch is made a bit larger than the other cuff. A watch peeking through from under a shirt cuff is such an elegant sight, after all.

Fort & Tailler would then need around two weeks to make the shirt, after which the customer is called back in for another fitting. Further adjustments will be made if necessary.

We’re waiting for the call. We’ll keep you posted.