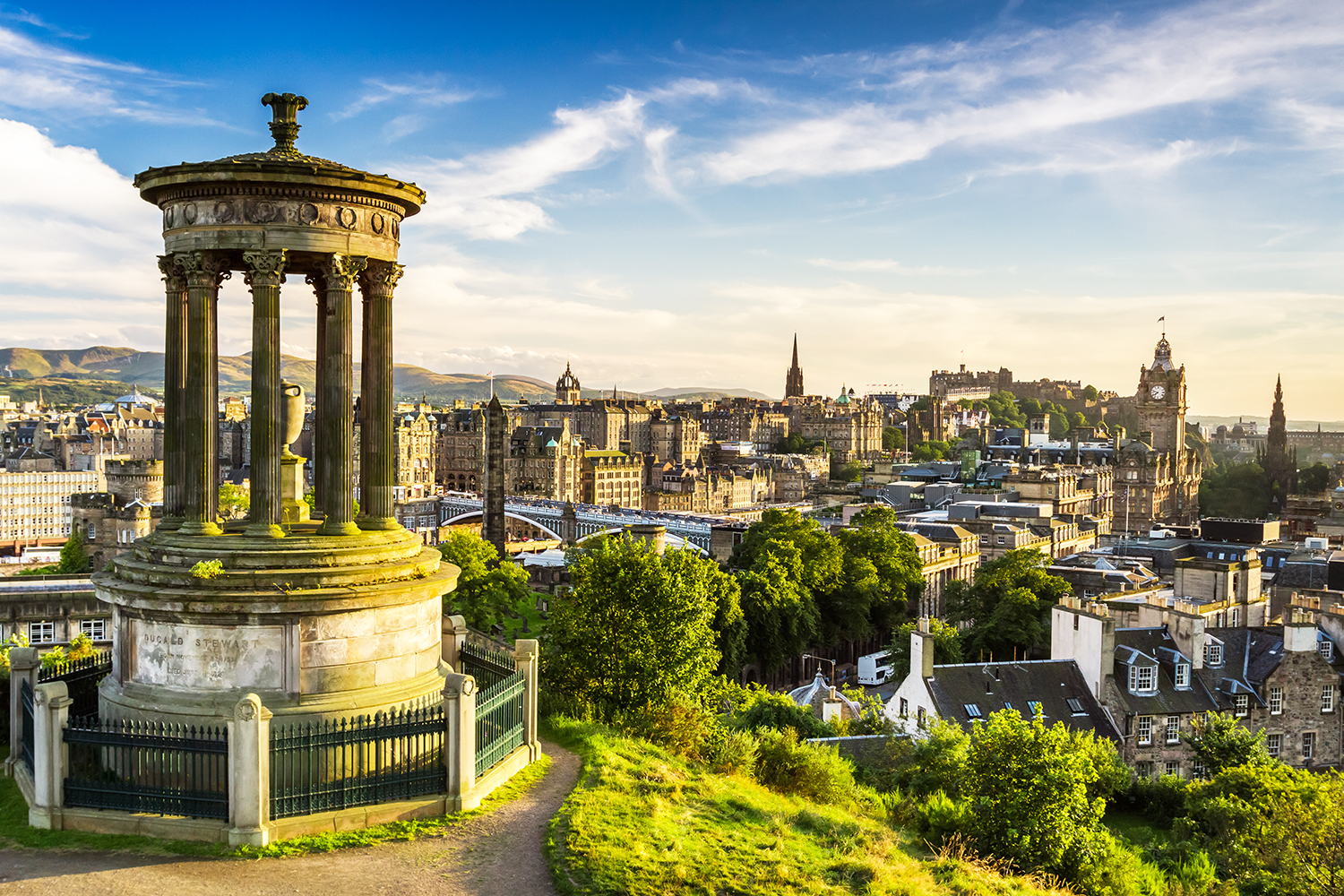 Edinburgh is an old city. But not just any old city, it’s practically an alternate universe in itself, as if one had traveled back to a time and place that shouldn’t exist anymore. And then, you see the parked cars and the people milling about its cobblestoned sidewalks in present-day fashion. Medieval palaces, buildings, and ancient castles blend seamlessly with modern restaurants and shops. We are indeed in the twenty-first century, but this capital city known for ghostly tours, ancient inns, a medieval castle looming above a hill, and where elegant Georgian architecture is considered the New Town, has maintained its strange and mystical allure throughout the centuries.

I believe the secrets of the city lie behind its lenghty history and tales to tell, often hidden within its numerous landmarks and historical sights. Here’s how to uncover just some of Edinburgh’s ancient gems…

EXPLORE EDINBURGH CASTLE
Impossible to miss and arguably Scotland’s most famous landmark, Edinburgh Castle rests atop an extinct volcanic rock overlooking the city from the Old Town. Built in the 12th century, it has withstood battles and royal sieges over the centuries and been host to many important royal events such as the birth of English monarch James I, Mary Queen of Scots’ son, in 1566.  Also found inside its castle walls is one of its most important treasures: the Stone of Destiny (famously stolen by Edward I of England, and returned to Scotland 700 years later in 1996).

WALK THE ROYAL MILE
Cutting right through the heart of the Old Town, the medieval streets linking Edinburgh Castle to the Palace of Holyrood House gave it its name. This historic thoroughfare is lined with churches, townhouses, cafes, mini museums, and bookshops. Don’t forget to explore the little alleyways, where unique shopping finds are usually tucked away. The best places are found at the upper end of the Royal Mile such as the Writer’s Museum at Lady Stair’s Close, where one can find manuscripts and memorabilia of writers Sir Walter Scott and Robert Louis Stevenson, as well as the poet, Robert “Robbie” Burns.

CLIMB UP TO ARTHUR’S SEAT
I admit, the idea of trekking up 820 feet to the highest point of Holyrood Park, known as Arthur’s Seat, was not a thrilling prospect for my heart at first. But a Scottish friend would not stop raving about the breathtaking views one could behold from this point of Edinburgh in its entirety, a sight not matched by any other area in the city. That was finally enough to convince me, and I have to say, no regrets! But, bring a water bottle on hand and your camera as this is one view you’ll definitely want to capture!

VISIT GREYFRIAR’S BOBBY
If you’re a dog lover like me, this heartwarming tale and memorial of a loyal and loving dog will surely touch your soul. Bobby was a 19th-century Skye terrier famous for spending 14 years guarding the grave of his beloved owner, John Gray, until his own death in 1872. Bobby refused to leave the grave and a kennel was then built for him to shelter in. Today, the commemoration statue of Bobby is a famous landmark found outside Greyfriars Church, which was erected in 1873.

BOOK THE CITY GHOST TOURS
Edinburgh is also infamous for its dark tales and bloody history, which can be best explored through booking some of the city’s renowned ghost tours. Whether you believe in the supernatual or not, this is a fun, thrilling, and informative way to experience Edinburgh’s hidden, haunted alleyways, and spooky past. It’s enough to make your hair stand…in a good way!

Ready to go back in time?