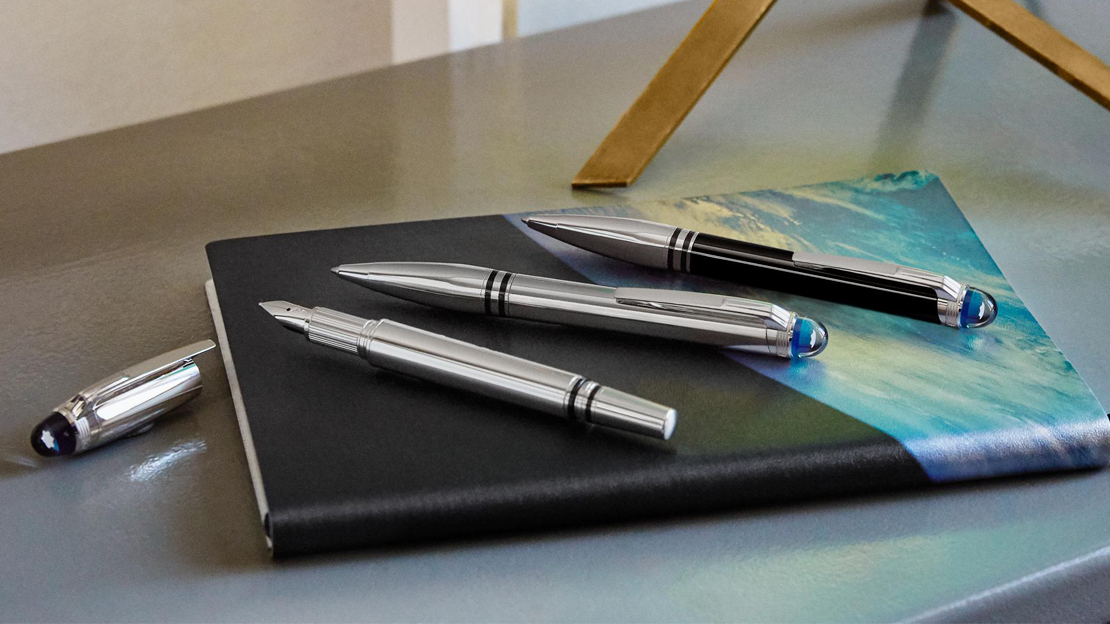 FIFTY years have passed since the Apollo 11 landed on the moon (all right, nearly 50 years, if we are going to be strict about it; Neil Armstrong and crew reached the moon on July 20, 1969), and almost six decades since man first went to space. To celebrate the milestones, Montblanc has put out a project telling the story of “space travelers who have walked among the stars.”

The campaign is for the launch of the new versions of Montblanc’s StarWalker collection. For this the brand partnered with former NASA astronaut Leroy Chiao and illustrator Jaehoon Choi to capture images of the Earth as seen by a space traveler. These images are depicted in a series of animated stories illustrated using a StarWalker pen; Chiao shared his impressions of the Earth and its mesmerizing blue aura, Choi brought these stories to life via pieces of artworks.

“While orbiting the Earth, you realize the majesty of our blue planet… our home.” The Earth is alive. I deeply understand this looking down on our colorful planet,” Chiao narrates.

The spaceman, by the way, had spent 229 days in space over the course of four missions. He is, by his own admission, also a Montblanc pen user starting from his student days. And he was gifted with a personalized one, too, by his wife to celebrate his fourth space mission.

The new StarWalker collection includes a Precious Resin edition in all black with contrasting metal fittings, a Doué edition with a black resin barrel paired with a metal cap or forepart, and a full Metal edition. Each edition is available as a fountain pen, ballpoint and fineliner pen.

The black precious resin is meant to recall the dark expanse of space while the translucent dome beneath the Montblanc emblem evokes the image of the Earth as it rises above the lunar horizon as seen from the moon. The StarWalker’s polished platinum-coated cap and barrel represent the astronaut. The angled clip cover and dome take the shape of a space rocket. The cap screw mechanism works in a way similar to that of an astronaut securing a helmet to a space suit.

In creating the new StarWalker pens Montblanc CEO Nicolas Baretzki says the brand decided to “take a unique perspective on space exploration by looking back at our planet from the vast expanse of space.”

Complementing the writing instruments are a matching notebook and pen pouch featuring a view of the Earth from space. The Earth is printed on a metallic leather cover that shimmers through the image, creating a three-dimensional effect.

For Montblanc, it’s obvious the space traveler’s story is something to write home about.