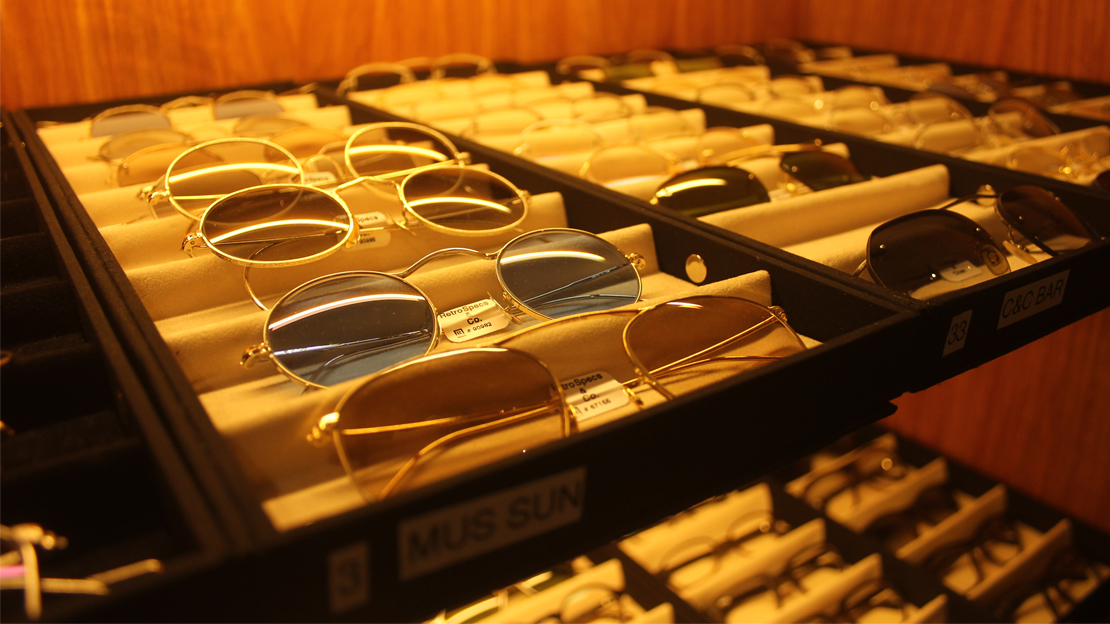 That RetroSpecs & Company has been in business for 26 years now shows eyewear fashion may be fickly faddish, but classic pieces never go out of style. Seems looking good is easy when it’s viewed through yesteryear’s rose-tinted glasses.

RetroSpecs, as its name leaves little room for doubt as to what the company is about, sells eyeglasses’ frames made from as far back as the 1920s — a time the company says when modern eyewear was born — to the early 1970s. Founded by Jay Owens at the back of a camper van in 1992, it now flaunts a collection of around 100,000 frames, mostly sourced from optician shops, old stock in warehouses and other storage facilities, and even flea markets across the US. At any given time, the company keeps a huge inventory of eyewear parts — stems, bridges, nose pads, screws, the works — in order to support the frames it had already sold, as well as to restore those that have come into its Los Angeles facility.

Actually, “restoration is the main business” of the company, according to Adam Cowfer, vice president of sales and operations at RetroSpecs, who was in Manila recently for the brand’s first trunk show held at the Power Plant Mall branch of premium boutique store Signet.

No matter their condition, frames that enter RetroSpecs’ restoration workshop are first cleaned using ultrasonic cleansing, a step that could take as much as day, before these are disassembled and sorted by brand and design. After which, these are examined and, depending on the shape they’re in, are sent to several restoration processes. Gold-filled frames go through several, including milling, soldering and reshaping, as well as getting placed into 50-year-old oak barrels RetroSpecs says were recovered from the original Bausch & Lomb RayBan factory. These barrels, filled with walnut shells, are tumbled for several days in order to burnish the gold on the frames loaded into them.

Frames made from cellulose acetate, or plastic, are restored a bit differently, although they also get polished so they would actually look new rather than as if they were fished out from some musty thrift shop bin. “[Plastic] frames made from the 1950s to the early 1970s can be polished, but modern ones cannot; these will only shatter,” says Cowfer. “The plastics used in vintage frames are different. There was not a ‘throwaway culture’ at the time, unlike now. Even plastics then were made to last.”

Some of the more special frames — the historic ones — are even catalogued by the company. RetroSpecs says its archive now lists more than 8,000 designs for both gold-filled and plastic frames. These pieces, made by over 150 American and European brands, are even assigned a registration number, which identifies a frame’s design and measurements. Such information come in handy because RetroSpecs will always service any of its vintage frames.

The company gives frames a one-year guarantee from purchase, as well as assures parts are available for as long as the frames are used.

“We’re the only ones doing this — on this scale, at least,” Cowfer says of RetroSpecs’ frame restoration, sales and servicing business.

Having earned a cred for being somewhat of an accessory must-have for the well-heeled, including Hollywood A-listers, RetroSpecs frames, however, also draw a crowd who are as attracted to the eyewear’s style as much as to its history and construction.

“People who appreciate craftsmanship are the people who come into our stores,” says Cowfer, noting RetroSpecs’ wares are sold at the brand’s boutiques in Los Angeles, San Francisco, Las Vegas and Seoul, as well as in about 120 optical shops in the US and some other places. RetroSpecs, for instance, has been sold in Tokyo for nearly 25 years.

Some markets are more difficult to understand than others — Cowfer cites as an example South Korea, where “vintage is just a concept” because of the country’s relatively young age. “Los Angeles can also be challenging because many people there still has that ‘Rodeo Drive mentality;’ that I can afford this [big] brand or that brand but without really knowing the quality of the items,” he says.

But this is changing. “There is definitely a better appreciation now for well-crafted eyeglasses compared to 26 years ago,” Cowfer says.

It’s craftsmanship, then, that will never go out of style.