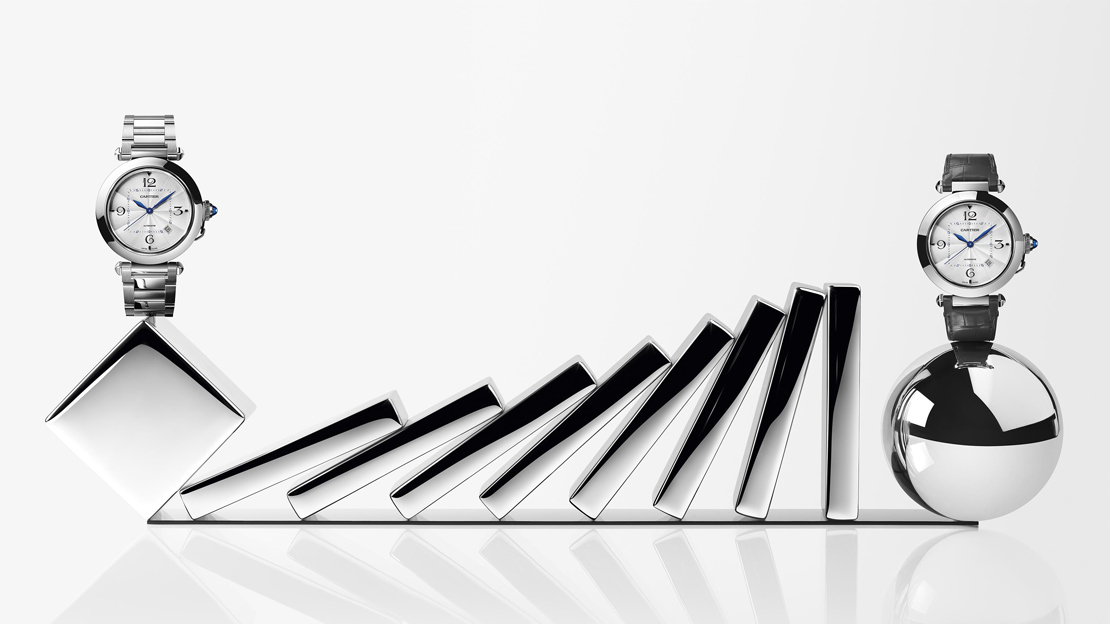 Cartier has built an unparalleled legacy of creating intriguing clocks. The masterminds behind this renowned Parisian powerhouse can take a simple concept and turn it into something so fantastic, it creates a cult following. Case in point is the Pasha de Cartier watch. At first glance, it may look like a typical watch; but here is where Cartier proves their mettle. The Pasha is so much more than typical.

The Pasha de Cartier was first introduced in the 1980s, but truth be told, we can trace its history back to 1932. Louis Cartier designed a crown that offered watertight protection. A simple solution was enough for Cartier – the added feature had to suit the style and still serve its funtion. The crown was given a cover that was attached with a chain.

Another Cartier mastermind took his turn with the watch too, and in the 80s, Gerald Genta wanted to create a watch that was all at once sporty, elegant, and modern. He took design emelents from Louis Cartier’s watch and built on it to create the Pasha de Cartier. The watch was a success and developed a culkt following. People couldn’t get enough of this elegant, modern watch. And for 202, Cartier has relesed another collection of the Pasha de Cartier.

But what makes it so special? Aside form the cult following, which always makes something more attractive, there are several design points that make this watch a must-have. The case is round, but the dial has a square design on it. The ‘square inside a circle’ is interesting, and often appeals to the avant-garde thinkers. Some think it’s a play on ‘think outside the box’ – being open to new ideas and concepts.

The dial, when there is one, has more than just the square design though. Look closely and you’ll see the gentle wave pattern. It adds detail without overwhelming the look of the dial as a whole. The designs are solid enough to appeal to men, and interesting enough to appeal to women too. The crown is a definitive design point – it is a chained crown, with a brilliant gem set on it. Adding interest to the chained crown and cover is that you can add engraving beneath the cover to personalize the watch.

The Pasha de Cartier has several models to choose from, and in all likelihood, more than one will pique your interest. There are the different sizes, metals, and straps to choose from. For the true nonconformists among us, there are skeletonized tourbillon models and the ‘square inside a circle’ is still visible, though you’ll likely be more focused on the tourbillon. For those who want some bling, there are models with diamonds on the bezel. For the diamond-lovers, you can choose either the model with the clean white dial, with a case and bracelet covered in diamonds. Or, and this is the best option in my book, the Pasha de Cartier with a fully diamond-covered dial, case, and bracelet.

The Pasha de Cartier is proof positive that those who can create elegance can continue to do so, with resounding success.