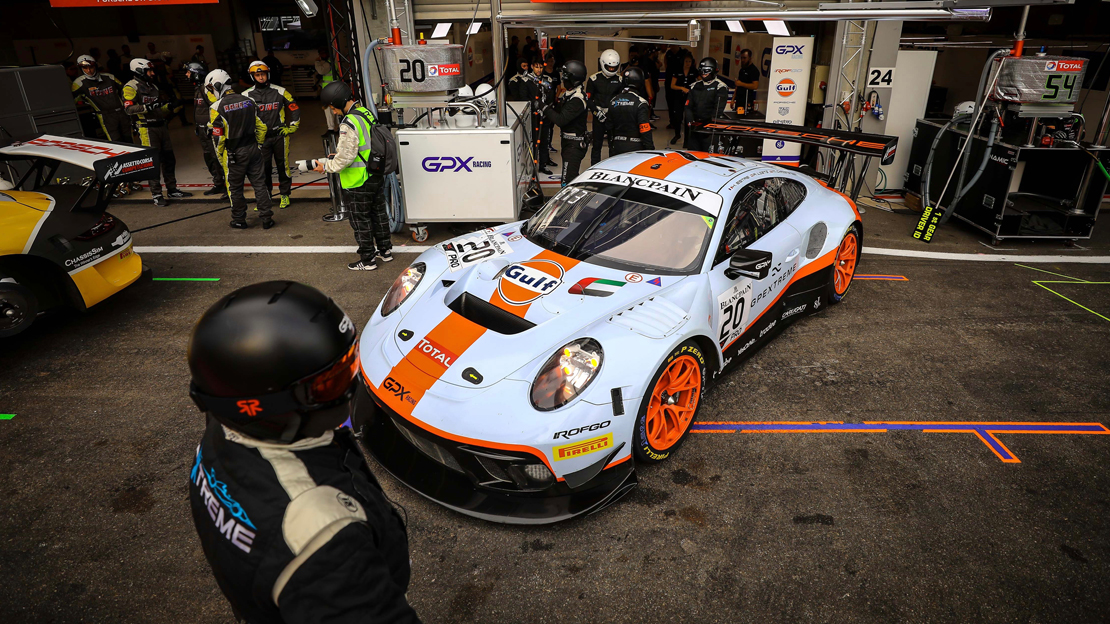 TWO Porsche 911 GT3 R racecars fielded by customer teams scored first- and second-place finishes in the 71st running of the 24 Hours of Spa, held last weekend at the famed Spa-Francorchamps circuit in Belgium.

GPX Racing’s No. 20 911 GT3 R, driven by current Sportscar world champions Kevin Estre, Michael Christensen and Richard Lietz, finished first after 363 laps while the No. 998 car of Rowe Racing, shared by Nick Tandy, Patrick Pilet and Frederic Makowiecki, came in second. The two teams bested the other 242 drivers who competed in 70 cars.

The win handed Porsche its seventh overall victory in the series it calls as the “most important GT3 event” in the calendar.

Three other 911 GT3 Rs finished in the top 10 of the Belgian endurance classic.

“The last success dates back nine years. To return to the top of the podium now is a great achievement,” says Sebastian Golz, the Porsche 911 GT3 R project manager. “Congratulations to the GPX Racing team and the three successful drivers who made this success possible with their outstanding performance in the rain. The entire team were enormously focused and the Porsche 911 GT3 R ran like proverbial clockwork.“

Held in constantly changing weather, this year’s race was disrupted by rains several times; on Sunday morning it was stopped for nearly six hours. But the No. 20 911 GT3 R of GPX Racing took advantage of the rain interruption to recover from a drive-through penalty it was handed on Saturday evening. Consider this: the team was eighth when the race was halted. But it tore through the field following the restart, with Estre taking the lead with two hours to go. It was a lead the team held on to until the checkered flag.

The No. 998 911 GT3 R Rowe Racing had its share of mixed fortunes on the seven-kilometer circuit, too. It lost many places because of a drive-through penalty, but managed to catch the frontrunners during the night with a strong performance in the rain. Wet-track specialist Tandy secured second place during the last laps of the race, completing the one-two win for Porsche.

Taking the last podium step was the No. 4 Mercedes-AMG of Marco Engel, Luca Stolz and Yelmer Buurman.

“This was another typically crazy race at Spa,” says Estre after the race. “We had to master various weather conditions and aquaplaning.”

The driver noted the team had to conquer “one position after the other,” and that its car was on slicks in the rain and on wets on the drying track.

“But after the race was halted in the morning we were confident to have the right strategy to make it to the top,” Estre says.

For his part, Porsche Motorsport vice-president Fritz Enzinger said the efforts of the engineers, strategists, pit crews and drivers were impressive.

“Congratulations to our customer teams at Spa…. They all cooperated with our support crew from Weissach in the best possible way. We’ve scored this victory together. And the Porsche 911 again proved to be the car to beat at sportscar races.”