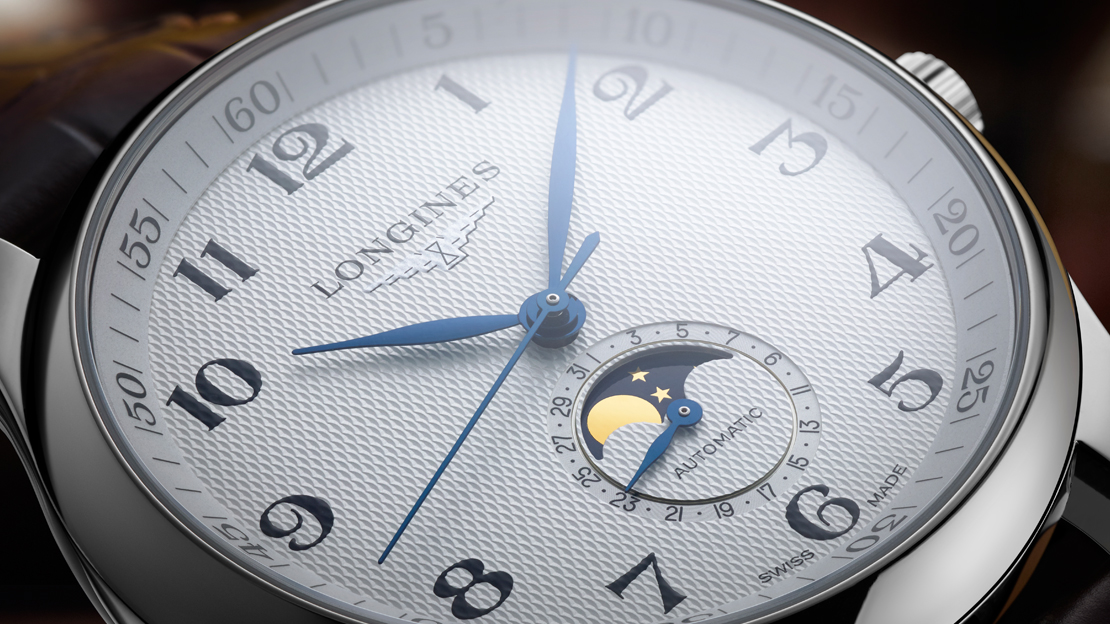 WALTER von Kanel, CEO of Longines since 1988, is nursing a heavily bandaged right hand. This explains his delicate handshake, made more noticeable because it contrasts with his authoritative but affable bearing, not to mention a physique that defies his septuagenary years. Well, he was a colonel in the Swiss Army, and so there remains a snap to his step. Industry folk call him “The Boss,” a title that suits him better than it does Bruce Springsteen. That he is wearing a black leather jacket only furthers his rock star persona.

He arrives late for dinner through no fault of his — his flight was delayed. Still he goes around the room to greet each one, bandaged hand and all. The next afternoon, now in a business suit, he sits down with groups of Asian writers, assigning each one a question — which he answers succinctly — with deft order and precision.

We are in Taipei. Von Kanel himself is presenting the new additions to Longines’ Master Collection. This is no small event.

“The Master Collection forms 33% of my business,” he says, underscoring the key role these watches play in Longines’ longtime, laser-aim focus on a certain price range (CHF1,000-CHF2,500).

“We cannot do everything. In this job you have to focus and stay within your price segment… and now we are number one,” von Kanel explains.

The vast majority of Longines watches — the company makes some 1.5 million in a year, split evenly between men’s and women’s — are mechanical. And the Master Collection, a line of models created in 2005, all powered by mechanical movements, has over the years seen complications such as triple calendars, annual calendars, moonphases, chronographs and moonphases with chronographs — a feat considering their accessible prices.

“This drives the competition nuts,” von Kanel says, noting that Longines is able to remain profitable despite its accessible prices because of the resources within the Swatch Group which are at its disposal, say access to ETA produce.

“We are part of a big group. We manufacture movements, we manufacture dials, hands, and so we do see very good profits,” he says.

The latest models in the Master Collection strut these strengths. Because not only do the watches get an aesthetic refresh, but these are spun by a new movement as well, and one made exclusively for Longines — a move other watchmakers in this price sector simply cannot afford. Called the cal. L899, the ticker is specific to Longines for at least a couple of years before this sees duty in other Swatch Group brands. At present also used in the Longines 1832 Moon Phase (in the form of the cal. L899.2), this self-winding, 21-jewel cal. L899 is based on an ETA A31.L91. It oscillates at an uncommon 25,200vph and packs power good for a lengthy 64 hours. Seen through the sapphire crystal window on the caseback of the new Master Collection pieces, the cal. L899 receives bits of décor, particularly striping on the rotor, snailing on the mainplate and circular graining on the bridges. Not bad at all.

The latest pieces in the Master Collection come in two case sizes: 40 millimeters and 42 millimeters. Four references comprise the smaller model, three make up the bigger one. Differentiating each is the dial and the furniture over this. The selection of combinations for both the 40mm and 42mm are black lacquer barleycorn dial with painted Roman numerals, silvered white barleycorn dial with painted Arabic numerals, and blue sunray dial with applied indices. Available solely to the 40mm are 13 Top Wesselton diamond hour indices matched to the black lacquer and silvered barleycorn dials, or to a blue sunray dial.

All the watches are fitted with leather straps in black, brown and blue, or with steel bracelets. Shared across the collection are leaf-shaped hour and minute hands either in blued steel (for the silvered white dial) or in silver (for the black and blue dials). Sapphire crystal also covers the watches on top.

Certainly, the defining feature of the new Master Collection watches is the subdial at 6 o’clock. Running around the periphery of this subdial is the 1-31 date scale, pointed at by another blued or silver hand. The rendition of this display means the date window, a feature so polarizing in the horologic community, is deleted.

At the center of the subdial is the star of the watch itself — the moonphase indicator. Its disc is rendered in bright blue, over which the astronomical features are finished in gold. On the wrist, it’s the black or blue backdrop against which the moonphase display pops out more vividly. That said, the silvered white dial pieces look more classical, coherent and clean. Decisions, decisions.