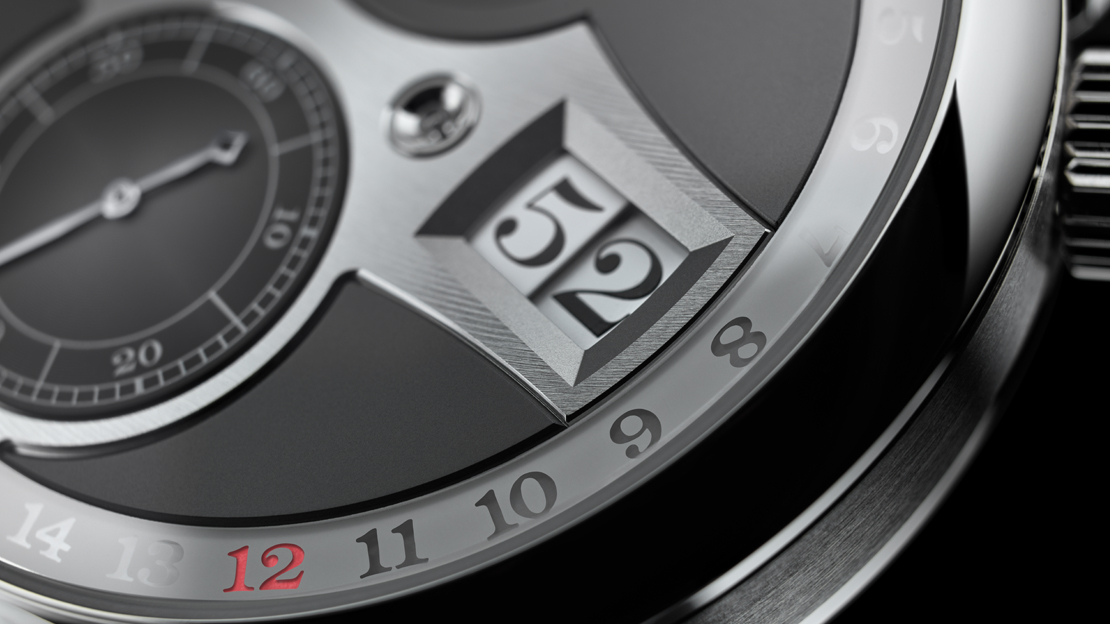 CONSIDERING the lofty status the A. Lange & Sohne Zeitwerk has earned in the horology world, it could be surprising to note the watch — which brought back the mechanical digital readout to the fore — is celebrating only its 10th birthday this year. This makes the Zeitwerk a full 15 years younger than its Lange 1 sibling, a model that, together with the Zeitwerk, has come to define the modern era of A. Lange & Sohne (the brand, remember, was founded in 1845, shuttered in 1948 as eastern Germany’s split from its west, and re-established in December 1990 after the German reunification a year prior).

Like the Lange 1, the Zeitwerk has changed little visually since its introduction. Now this by itself is a feat already considering its unconventional looks, which in turn is the result of its unconventional way to tell time. True, mechanical watches with digital time readouts are nothing new — these were fairly popular in the mid-1900s — but A. Lange & Sohne’s method simply took this manner of time-telling to a higher degree. Instead of relying on creeping discs, whereby the hour or the minute display (if not both) will always be askew unless either is telling the top of the hour or minute, the Zeitwerk features what is called a precisely jumping mechanism for both readouts. Within a fraction of a second, this mechanism advances the numeral discs, even simultaneously incrementing the progress of all three discs (one for the hour, two for the minute) at the top of the hour. This means the digital display is never misaligned.

A key to this is the Zeitwork’s movement’s constant-force mechanism — or remontoire, basically a small secondary power source — which supplies the balance with a uniform amount of force for the duration the watch is ticking. Also, the mechanism provides the one-per-minute impulse needed to switch the three-disc jumping numerals display.

For its 10th anniversary rendition, the Zeitwork gets a new engine; the hand-winding cal. L043.8. The movement, still fitted with a constant-force escapement, and which also reads out the hours, minutes and small seconds, boasts double the power reserve of any previous Zeitwerk ticker thanks to its pair of stacked mainspring barrels. With a frequency of 18,000vph, the cal. L043.8 stores power good for 72 hours when fully wound.

Retained in the new movement is A. Lange & Sohne’s lavish finishing, like that on the engraved ratchet wheel and the filigreed remontoire bridge, both of which showing through the watch’s sapphire crystal caseback.

What the cal. L043.8 also affords the 10th-year Zeitwerk — and its Zeitwerk Date name declares this — is a new date complication. Seen for the first time in a Zeitwerk is a date track running along the periphery of the watch’s dial. The date track is made of glass and has numerals 1 to 31 printed on it. Marking the current date is a red segment beneath the date track, which moves a step around the ring exactly at midnight. A corrector button at 8 o’clock allows manual setting of the date display.

Apparently, adding a date function to a Zeitwerk is not as easy as it sounds. Simply, this is because there is no room left in the watch for a conventional date display to sit — the hour and minute numeral discs rotating beneath the dial already take up a lot of space. And, anyway, the Zeitwerk’s signature bridge between the digital readouts also would not allow for a graceful integration of a date window.

Fitting the Zeitwerk with a date function also led A. Lange & Sohne to rethink the watch’s time-setting function. A button located at 4 o’clock has been added so that the hour readout can be adjusted separately from the minute display; it simply took too much effort to set the hour via the crown minute by minute. To make this setup work, a clutch which uncouples the hour ring from the jumping numerals mechanism was fitted.

As can be expected, the new date track ringing the outside of the dial has expanded the Zeitwerk’s diameter — from 41.9 millimeters to the Zeitwerk Date’s 44.2-millimeter acreage (although the date piece is a little “slimmer” at 12.3 millimeters). To reduce the added heft —  visually, at least — A. Lange & Sohne rendered the Zeitwerk Date’s dial in a silver-and-gray palette (with a touch of red, of course), toning down the contrast of a black-and-silver combo. Besides lightening up the visual mass, the subtler, almost “ghost” treatment also complements the watch’s white gold case.

This Zeitwerk is a date to remember.